The Team That
NEVER PLAYED

For the Otago University cricket team the start of the Easter holiday break of 1968 had the players at a high level of anticipation as they boarded their ship at Lyttleton. Ahead was a social journey to Palmerston North accompanied by players from Canterbury and Lincoln Universities, followed by glorious days of tournament cricket. As the eleven players stepped on board none could foresee that by the end of the voyage fifty-one of their fellow passengers would be dead. Nor, that not a ball would be bowled in Palmerston North. The Team That Never Played is the story of those eleven Otago players, their frightening experience on TEV Wahine, and what became of their lives in the forty-fi ve years since that fateful journey.

After forty-five years the Wahine tragedy, according to a TVNZ viewers’ poll, remains the fourth-largest television news story in New Zealand. Despite its wide coverage, there remain many inconsistencies and myths surrounding the ferry’s sinking – and many stories to be told.

This publication offers a unique perspective on the greatest shipping disaster of the twentieth century in New Zealand from the members of the Otago University cricket team. They, along with others involved in the rescue efforts or present in Wellington that day, have provided, in some cases, never-before-told accounts of the events of 10 April 1968. 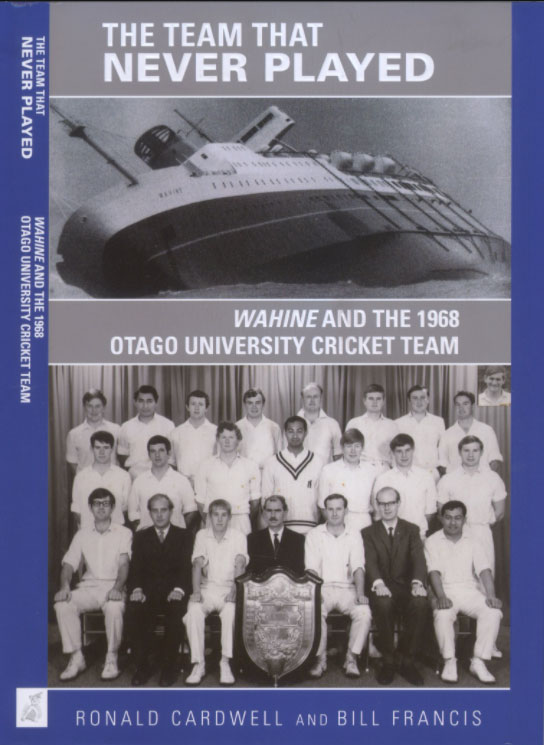