It’s Not About Me

When one thinks of New South Wales and Australian players who have given their all for the team then Brian Taber’s name is high on the list. Born in Wagga Wagga and brought up in Wollongong, the player called Mr Taber, Brian, Herbie or Tabsy has contributed much to the game. A one-club man in Sydney Grade cricket, Brian played for the Gordon club. He appeared in first grade as a wicket-keeper aged 16 and went on to play 20 seasons for the club, only interrupted by tours to South Africa and India in the Australian domestic season.

Recognition of his achievements has never been sought by Taber, hence the title of the book. Ian Chappell in his foreword says that “Hedley Brian Taber is one of the most popular cricketers I know … he was a fine wicket-keeper; excellent footwork and had very good hands”. Richie Benaud pays Taber a compliment by saying “I have the highest possible regard for the manner in which he handled all aspects of imparting a love and knowledge of cricket at every level”. Close friend and long-time cricket mate Doug Walters says ”Herbie cared about cricketers … On the field he was an outstanding captain who understood cricket … As a wicket-keeper he was one of the best ’keepers to spin in the world.”

There is a statistical section detailing the career of Brian Taber together with details of the New South Wales players with whom he played during his career.

Signed copies are now available for $40 +GST (please add $10 for postage and packaging). 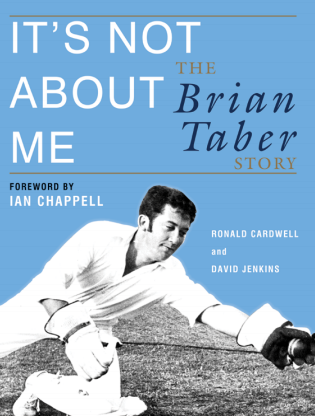