SECOND ONLY TO
BRADMAN
The Life of
STEWIE DEMPSTER

Now a distant and somewhat neglected figure of New Zealand Cricket history, Stewie Dempster – 86 years on since he played his last Test – is brought back to life in this long-awaited  biography reconfirming his rightful place in New Zealand’s cricketing elite. In his time, he was considered one of the best batsmen in the world, scoring New Zealand’s first Test century, the first Test century away from home and the first double century for New Zealand. His Test average of 65.72 remains second only to Don Bradman for those having played 10 Tests or more.

His Test career was followed by 13 years in England where he captained Leicestershire in county cricket as well as playing for Sir Julien Cahn’s ‘travelling circus’.

Back in New Zealand after the Second World War and coaching in Wellington, he provided exceptional mentoring to a talented group of young cricketers who made the big time.

With some remarkable research, Bill Francis shows not only why the name Dempster was big enough to take pride of place at the Basin Reserve (The CS Dempster Gate) – but also uncovers the difficulties around Dempster’s upbringing plus the saga of his three marriages. It is a captivating story. 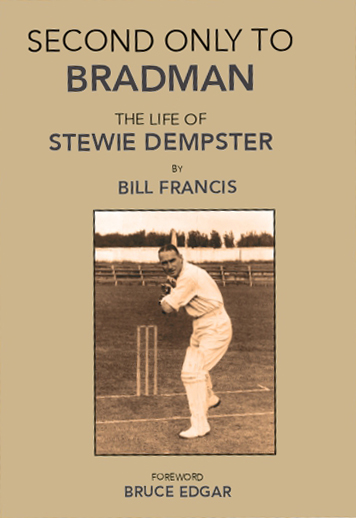 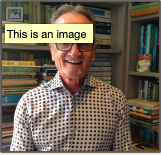 Second Only to Bradman is Bill Francis’s 12th book and his sixth on cricket. His most recent book was A Singular Man – Bevan Congdon, following on from other cricket biographies on Barry Sinclair, Sydney Smith and Tom Lowry. He also co-authored with Ronald Cardwell The Team That Never Played.
After an extensive career in broadcasting, Bill is currently a director of Radio New Zealand while he also chairs the Northern Stars Netball franchise.
He and his wife Mary live in Auckland. They have three married children and seven grandsons.