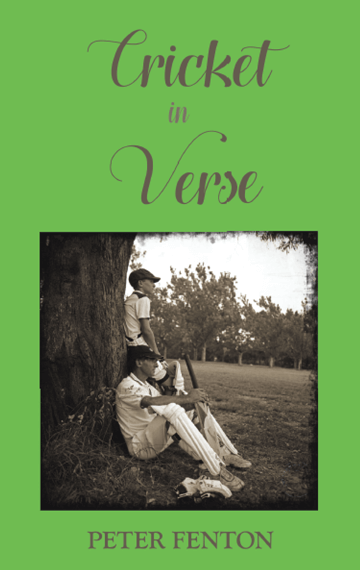 The game of cricket has inspired cricket verse since the mid-1700s. Cricket verse romanticises cricket, its personalities and culture. Peter Fenton went to the Sydney Cricket Ground after World War II with his father and was captivated by what he saw. There was Miller and Lindwall, Morris and of course, Bradman. Since those early years, Fenton has put his thoughts and observations into verse. Here we have 15 pieces that truly put cricket and its players into a different frame. Cricket in verse.

Born in Boggabri in north-western New South Wales, Peter ‘Fab’ Fenton OAM has carved out a career as one of Australia’s foremost film sound mixers. He has coached rugby union teams at the top level, written seven books on Australian sport and compiled three books of sporting poetry. Peter lives at Ettalong on the NSW Central Coast with his wife, Lea. They have two married daughters and four grandchildren, two boys in Eastwood and two girls in Arizona.