A sparkling batsman, New Zealand cricket captain and a football international who at one point point was named New Zealand Footballer of the Year – spotlights a record that only a special elite can begin to match.

In tracing the Mark Burgess career and life, author Bill Francis exposes not onlythe natural talent that contributed to his exceptional successes but also from his placement in the non-professional era, the struggles and mental challenges of combining a work-life balance while pursuing sporting superiority.

Mark Burgess made his mark when love of the game and camaraderie overrode specialist support planks and financial gain. His story captures a different era but is no less remarkable for what he achieved. It is a compelling read. 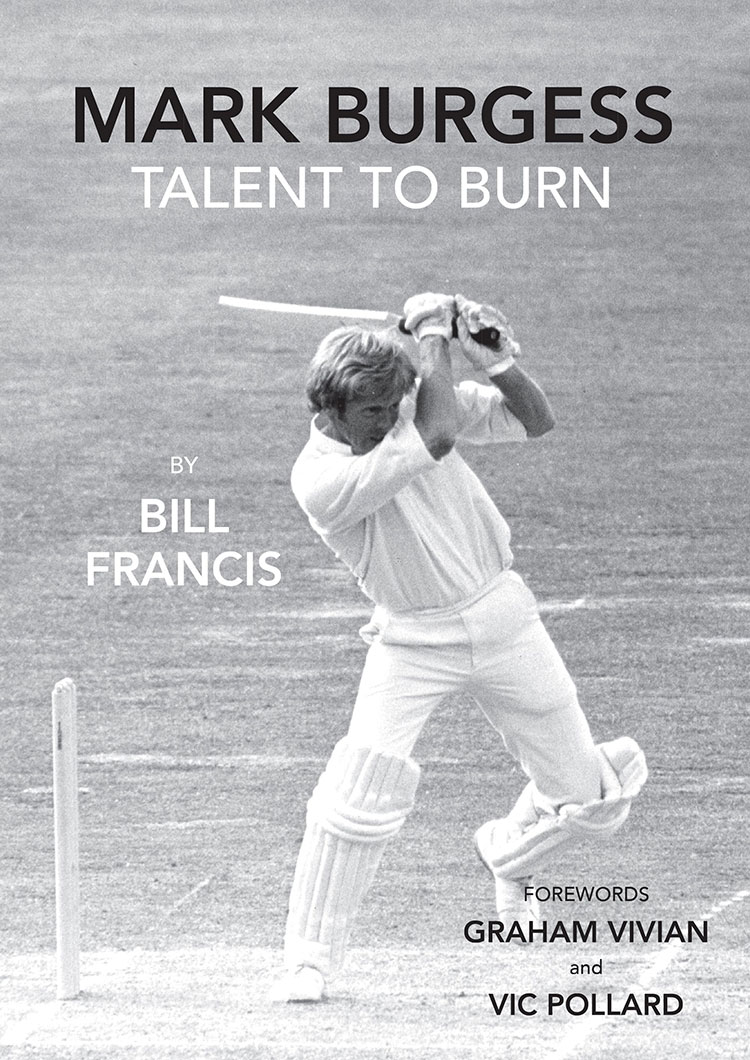 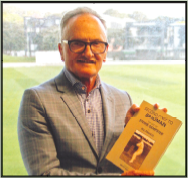 With Mark Burgess – Talent to Burn, Bill Francis continues his biographical journey covering New Zealand cricketers.
In 2019 he wrote Second Only to Bradman – The Life of Stewie Dempster, following on from earlier works on other prominent Kiwis Tom Lowry, Sydney Smith, Barry Sinclair and Bevan Congdon. Further biographies on Sir John Graham and Peter Montgomery have won wide acclaim.
This is his 13th book and seventh on cricket.
Bill Francis has an extensive background in broadcasting and is currently a Director of Radio New Zealand. He lives in Auckland with his wife Mary, has three married children and seven grandsons.