MAN FOR ALL SEASONS

ERIC FREEMAN was a talented sportsman, able to mix it on the sporting ﬁ elds in summer and winter. Cricket was his calling in the summer whilst Australian Rules Football was his winter pursuit. Along the way he represented Port Adelaide in both ball sports as well as representing South Australia in cricket and football. It was in cricket that he reached the pinnacle – representing Australia at Test level and touring with Australian teams to New Zealand, England, India and South Africa. It was a complete life after the highs ERIC FREEMAN of the sporting ﬁelds but family tragedies interposed on the Freeman family. Man For All Seasons is a must-read story for all those interested in sport as it then was and how one deals with life’s tragedies.

This book is available in both limited edition hardback ($45.00) and paperback ($35.00), with both editions being signed by Eric Freeman and the author, David Jenkins.

Please add $12.00 per book for postage and packaging. 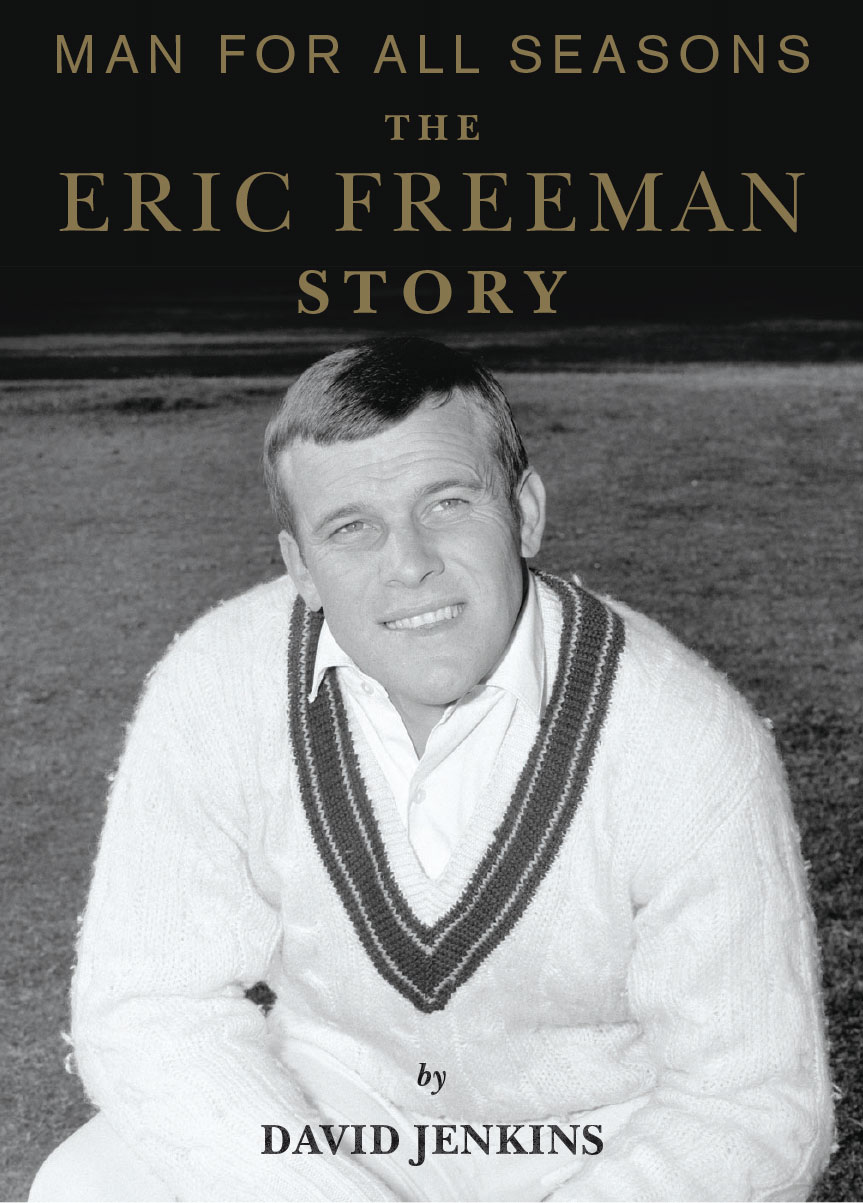 DAVID JENKINS, a retired computer software engineer, has now written four books, two of which have been co-authored with Ronald Cardwell, It’s Not About Me – The Brian Taber Story and No Dazzling Deeds with Bat or Ball – A Centenary History of the NSWCUSA 1913-2013. His ﬁrst book, Near Death on the Sub-Continent, was a biography of former South Australian and Australian cricketer Gavin Stevens. David also wrote a small monograph on Ken Eastwood. All of the books by this Adelaide writer have been well received.