Charles George Macartney (1886-1958) was a wonderful cricketer. By all accounts he had ﬂair and intense determination. He graced the cricket ﬁelds of Australia, England, South Africa, New Zealand, America, Malaya and India in the years 1904 to 1936. For a major part of his life he earned sufﬁcient money from playing cricket and did not have a permanent job. He played 35 Tests for Australia scoring 2,131 runs at a commendable average of 41.78. In all ﬁrst class matches he scored 15,019 runs at 45.78. He took 419 ﬁrst class wickets at 20.95 with 45 coming in Tests. 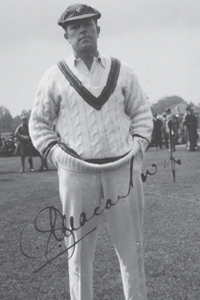 Recently the writer was in Dunedin and talking with a group of cricket enthusiasts. Appreciating that this writer was from Australia the question was posed: “Have any Australian players represented Otago?” A response was given identifying a few players, one of whom was Charlie Macartney. This prompted a further enquiry on what Macartney had actually achieved whilst in Dunedin. Macartney’s autobiography was not helpful. Research was undertaken to ﬁnd out the real story.

Details of the private approach made to Macartney by the Otago Cricket Association, the reasons for his decision to journey to New Zealand with the intention of starting a business, and of his club and three-game ﬁrst class career, together with the fallout from his time in Dunedin are considered and discussed. An interesting story previously untold which adds in a small way to the history of the game in New Zealand and the ‘professional’ life of an amateur cricketer.

The book is a limited edition of only 72 copies signed by the author and bound in half calf-red leather. It is 40 pages and contains nine images reﬂective of the book. 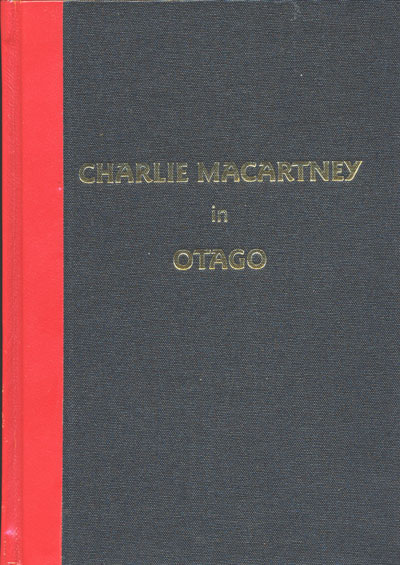