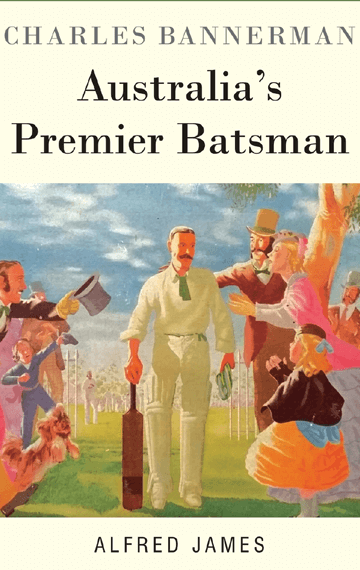 Alf James has been researching the life and times of Charles Bannerman for over twenty years. The book looks at his early life, cricket in the colony, the first Test in 1877 and his brilliant 165, his time as a professional cricketer, umpire and cricket coach. Bannerman will always be remembered for introducing the dashing Australian manner of batting which was based on aggressive “forward play”. The family life of Bannerman is also considered along with his legacy to the game.